In this post, I wanted to write about few other additions to the bike, one of which is the [amazon asin=B000ZKHN6Y&text=Topeak Super Tourist DX Tubular Rear Rack&chan=default]. 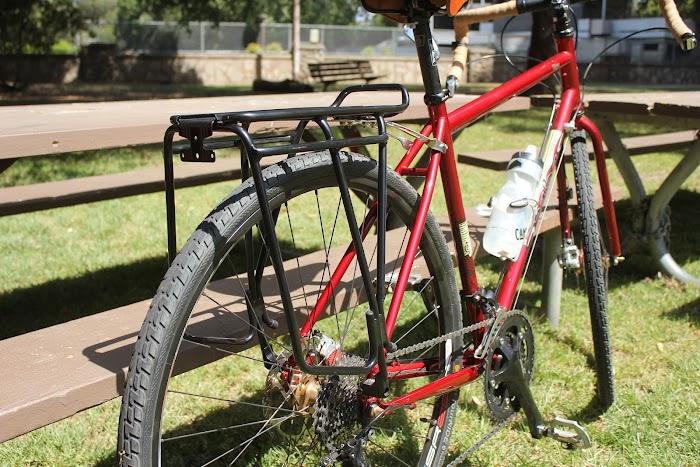 The installation was straight forward

The installation was quick and painless using eight screws in total. It looks and works well with the waterproof Altura panniers I ordered from the UK.

The next thing on my agenda was a mirror. I simply can not ride without a mirror. On my previous bike I had a [amazon asin=B001BYK3WE&text=Mirrycle Road STI Bicycle Mirror&chan=default] which I really liked. The installation location on top of the shifter was just perfect. However, this mirror only fits on to the STI shifters which the Salsa Vaya lacks. I was disappoint to say the least because that only left me with helmet mounted mirrors which I don’t particularly like as there are times and places where I don’t ride with a helmet on. After some “googling” (not Googling – I don’t want Google coming after me) I found the [amazon asin=B0089CHAT0&text=Ultralight German Mirror&chan=default]. I am gonna assume the reason it is called German mirror is that it is actually made in Germany (that is right not China for a change!). Anyways, I received the mirror couple days after ordering and installed it using a single screw.
I have two issue with the mirror. First is the installation location: when I reach for the lower bar my knuckles brush against the mirror. Second is that the mirror is convexed too much. So much so that when combined with the vibration produced by the road, I can’t really distinguish anything beyond 50 feet or so from the surrounding objects. However, it works well for vehicles that are within 50 feet or so. Other then these two issues the mirror is fine as I have no other choice at this point. 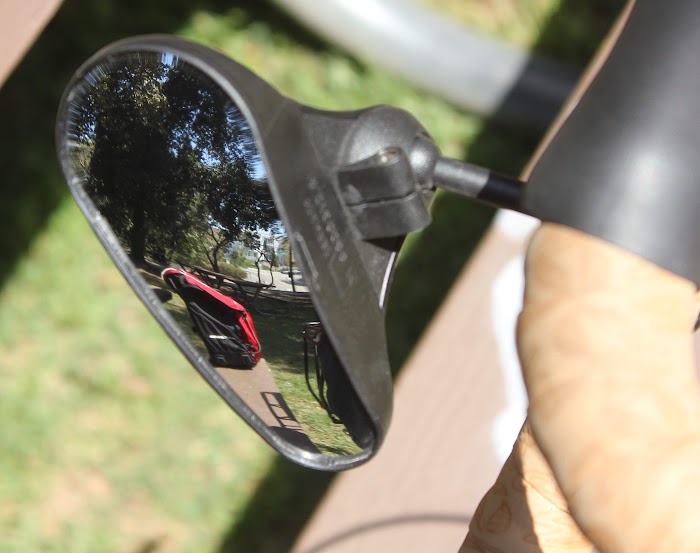 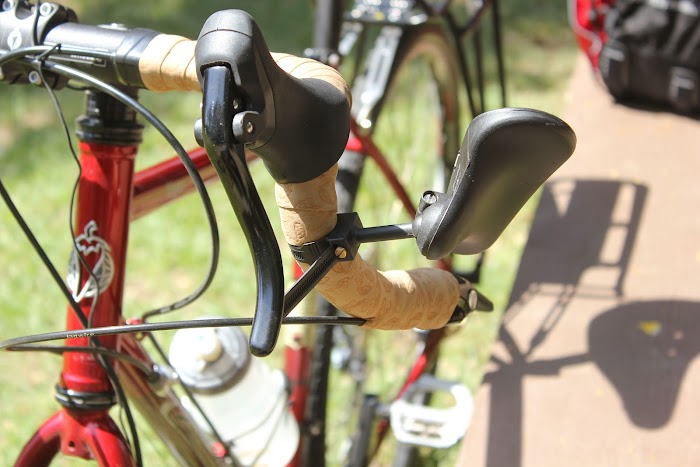 View from the front

Final addition I wanted to mention on this post is the new [amazon asin=B003WCFJZE&text=CatEye Reflex Auto Bicycle Rear Safety Light] that I installed on the Vaya. Although I already had another model of CatEye rear light, I wanted something larger that would fit onto the Topeak rear rack. This particular model, TL-LD570-R, has both a motion and a light sensor so that it comes on automatically when you are riding in the dark. This would be very handy going through tunnels during daylight hours. The installation took only a couple of minutes. It requires three screws to attach it to the rack, but as you can see in the picture below the top screw holes did not align. However, I am certain that the other two side screws which did align with the existing holes are adequate to hold the light in place securely. 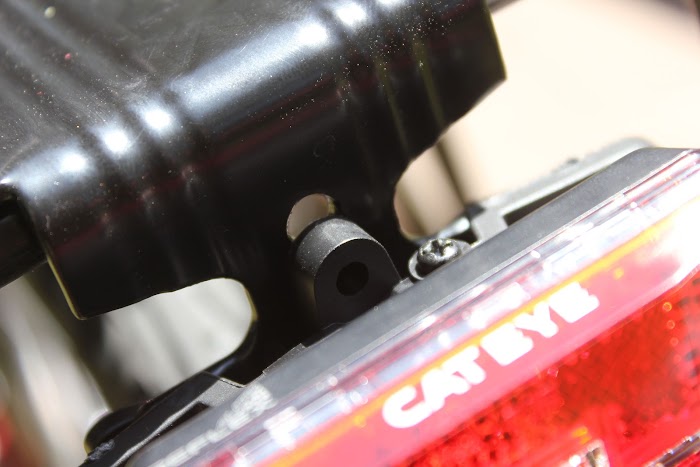 The base bracket also features a single stopper screw which prevents the removal of the light from its base (to prevent quick theft). Another issue I had with the bracket was that the light did not make a tight connection when inserted into its base and as such it rattled. I fixed that by sticking a piece a plastic between the light and the bracket which stopped the rattling. 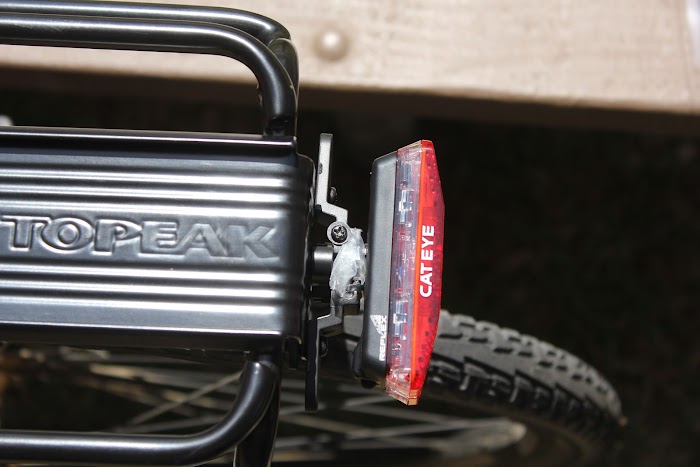 The following video shows the lights running in daylight and the rattling issue I mentioned earlier.