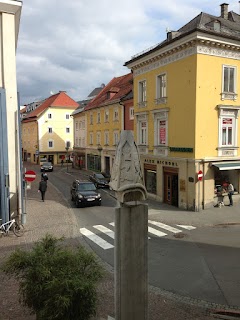 It was obvious from my brother’s face that he didn’t have a pleasant night. His cold has gotten worst overnight and he seemed quite tired. I am sure he could have used some rest, but there was no time as we were both set on crossing the Alps into Italy on that day. After a quick wash, we checked out of the hotel and headed back to the train station.
While at the station, I managed to crack up the very serious looking young lady behind the ticket counter with my pronunciation of Udine (/jʊdi:n/ instead of /’udine/). After a short phonology class, I was able to get the tickets from her and headed over to my brother who was wondering why I was taking so long. 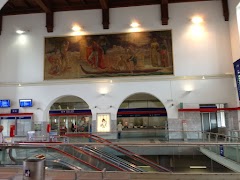 Albeit its small size, the Udine station had several stores, but most of them were closed. However, we were lucky enough to find a small cafe that was open where the air was filled with smell of freshly baked pastries fused with that of strong coffee. We bagged a few of their pastries along with some coffee and headed over to the platform where the train was already boarding. 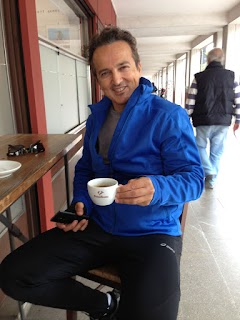